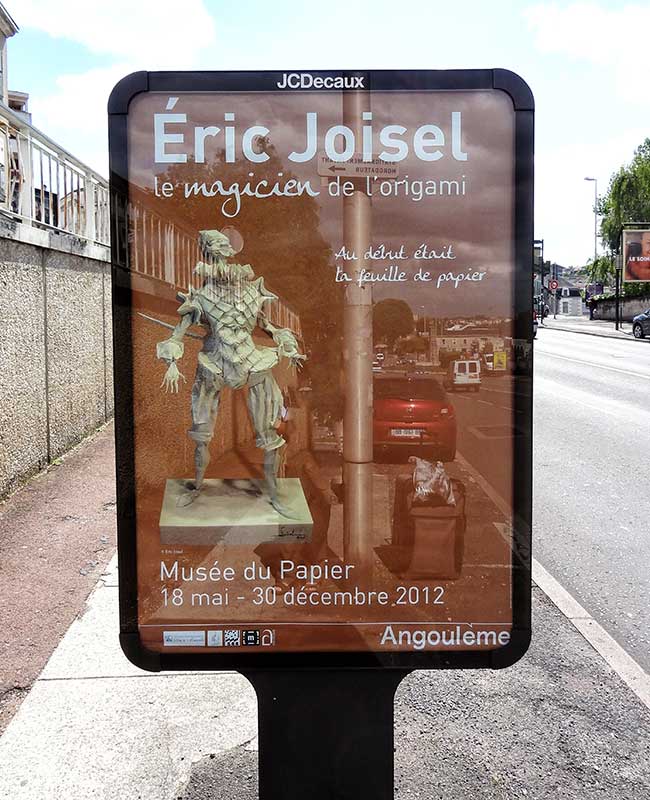 In 2012, the Musée de Papier of Angoulême, France is proud to exhibit a stunning show of 65 of the master’s work that will be open to the public until the end of the year. Jean-Marie Debaud, the production designer, crafted a reverent, subdued but joyful ambience to showcase Eric’s finest work. The lighting effect that he constructed was brilliant. Yves Clavel, Naomiki Sato and Alain Joisel spent many weeks designing and organizing the exhibition ably assisted by Claudine Pisasale, Florent Gaillard and his team. The exhibition was organized in partnership with Zaragoza Origami Group. Felipe Moreno and Jorge Pardo brought the core of the EMOZ project (Origami Museum Escuela Zaragoza): 19 of Eric’s models including a famous jazz band of 11 musicians. Ten renowned origami experts also add their tribute to Eric Joisel. As a result, “Magician of Origami” stands as one of the finest exhibition of origami art ever produced.

And the exposition received national television exposure on France 2 Telecom and the local France 3 Poitou-Charentes news : 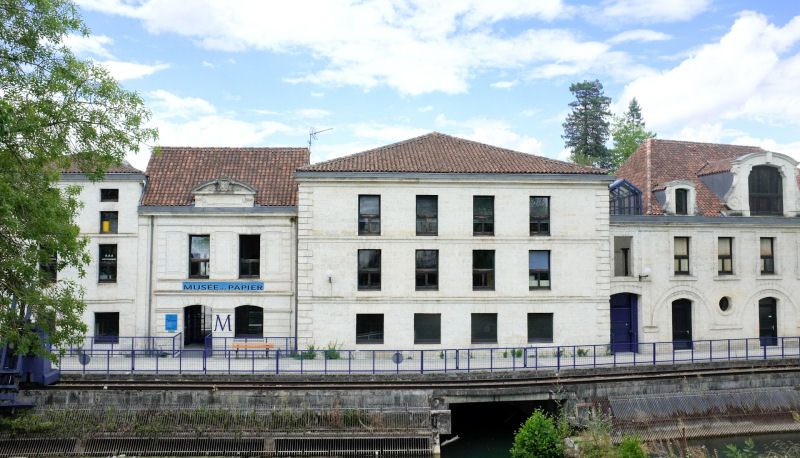 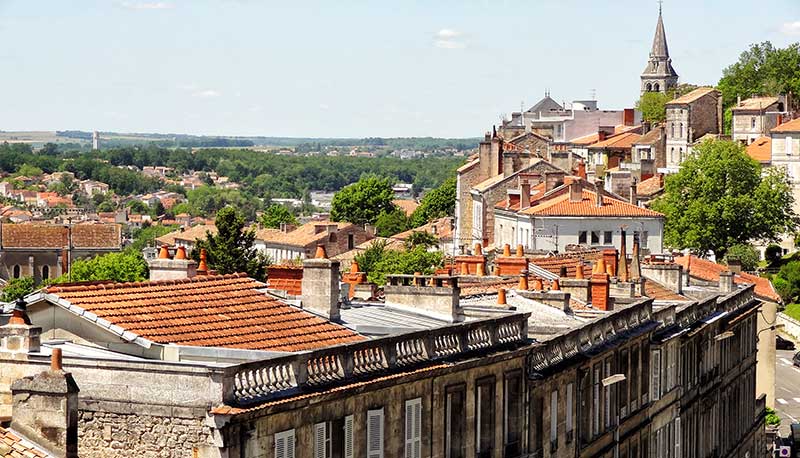